Everything You Ever Wanted to Know About Electrics

I often hear people talk about Watts per Pound, Kv, Outrunners, etc; what does all this mean?

There are two general types of electric motors in use. Inrunner motors are “classic” motors with an outer housing or “can”, and a central core with copper windings, which is the part that spins. These motors have a high motor constant (Kv), and can spin at a high RPM but with not much torque. Inrunners are often used with a gearbox to slow down the propeller, and are found on slow flyers and small, light trainers. Several examples are the Night Vapor and the Champ, both of which have a very small inrunner motor with a gear reduction system.

Outrunner motors have a different setup – the central core with the copper windings is stationary. The outer housing has magnets glued to its inside surface. It is the outer housing of this motor that spins, powering the propeller directly with a bolt on shaft on one end of the motor housing. Outrunners generally have a lower Kv, and consequently spin at a lower RPM but with more torque. A couple of pluses are that you can replace the motor shaft if it should be bent in a crash, and there are no brushes which can wear out. In general the remainder of the discussion will refer to outrunners, which are very common on RC aircraft, other than slow flyers.

I have referred to Kv, or motor constant, without explaining it first. There is a simple formula to determine how fast the motor will spin (when unloaded, or without propeller). It is:

An example would be an electric motor with a Kv of 560, using a 5S power system (22 volts)

Electric motors may have a single voltage for operation (i.e. 3 cell packs) or have flexibility in voltage. Some motors can be safely operated with 3, 4, 5, or 6 cell batteries. In these cases voltage applied determines the rpm, and discussed later, the propeller size. If a motor can be run at several different voltages, it is generally more efficient to run it at a higher voltage and rpm, then a lower voltage and rpm. Although there are exceptions, many aircraft motors in use approach 10,000 rpm, and some several times that. In general larger props should be turned at lower RPMs, and smaller props turned much faster. The RPM will depend on the purpose of the aircraft as well. Amp draw, indicating load on the motor, is more important than a very specific RPMs. Many pilots use an amp meter to test the power system and see if the propeller is too large or too small, drawing too many amps or too few. Several calculators are available to help with component selection, this is the URL of one example. http://adamone.rchomepage.com/calc_motor.htm

For decades the most common power system for RC planes were glow engines. They were designated by displacement size in terms of cubic inches, such as 25 or 60, meaning 0.25 or 0.60 cubic inch displacement. Some electric motor vendors name the motor with a reference to the glow motor equivalent i.e. “Speed 60”, or mention in the description the glow equivalent. If you have purchased a 60 sized ARF, the electric motor reference to a 60 size glow will help with selection.

Another way to select electric motors is using the “watts per pound of aircraft” method.

First, you can estimate watts by using this formula: Watts = volts * current

For a typical comparison of power, 1 horse power = 746watts

Guidelines for picking a power system by watts per pound follow, but do vary by source. The following is a merge of several internet sources.

Motors are often referred to by a series of numbers. Rather than attempting to re-write what the numbers mean, I have included a slide by Wayne Rademacher, from February 2009, found at http://www.tcrconline.com/ at the end of this article. Full credit to Mr. Rademacher for this information.

Electronic speed controls, or ESCs, are a critical part of a power system. They take power from the battery to power the motor, and also the signal from the aircraft receiver for throttle setting. Motor description or manuals will include the maximum current draw in amps. Size your ESC, measured in AMPs, to be larger than the max current draw. The correct ESC needs to be selected to handle the correct peak amp draw, i.e. a 20 amp ECS will burn up if you need a 60 amp ESC, and for the correct battery cell count, be it for a single voltage or over multiple voltages. Some ESCs will only work with one cell count, while others will work with a range, for example with 3S, 4S and 5S cells.

ESCs can also be programmed with failsafe setting such as what to do if the receiver input is lost, or adjust the motor timing. Some ESCs can provide power (usually 5 volts) for the servos in the aircraft, while some ESCs do not have that capability. If the ESC does not provide power for the servos directly, an external BEC, or Battery Eliminator Circuit, will be needed for that function. BECs internal and external to ESCs will have limitations to how many servos they can power, so understand that before putting an ESC in a model with 12 servos.

Propeller selection is a challenge with many approaches used. Use of a watt meter with the actual power system under load is perhaps the best, so you can choose a propeller that does not draw more amps then the ESC and battery can deliver. However many of us rely on manufacturer charts, internet calculators and what is used in similar successful power systems. The perils of picking by guess include having a propeller which is too small or too little pitch, and under powering the model, to having a propeller that is too large with too much pitch which will over tax the ESC and battery, causing them to fail.

A few other propeller considerations – electric motor propellers are different than those for glow engines. Spend a few dollars for an electric motor propeller which is sized appropriately rather than fitting a heavy wood propeller. Two blade propellers tend to be more efficient than three or four blade props, you should also consider ground clearance when picking a power system and propeller. I acknowledge that some models just look better with three or four blade propellers, like the full scale versions, so looks will sometimes trump efficiency. Using the same motor, a high cell count battery will use a smaller propeller then the same motor with a lower cell count power system. So if you have an aircraft running on 3S, and switch the battery to 5S, likely the original propeller will draw too much current on 5S, and likely will need to be replaced with a smaller propeller.

As stated above, propeller selection can be a challenge. Key values to determine what prop to use are motor KV, max motor current, and voltage. If available, read thru the manufacturer data charts that are part of many motor descriptions. You will see various prop sizes, voltages, power levels and thrust values in this data. Almost all motor descriptions will tell you the max voltage, current (amps), and wattage. Refer to the math examples above if the power value is missing.

A first question to answer is what type of performance envelope will this airframe be expected to accomplish? Using the “Motor watts per pound” info above, should answer this. Common sense also needs to be used here. Simply, don’t put a 3D power system on a slow flyer, or, a slow flyer power system on a 3D frame. Match the power system to what the frame is intended to handle. If you put a 500 watt motor on a 100 watt frame it will probably destroy the frame and can be a dangerous combination and someone will probably get injured.

Motors can behave differently than expected. You can’t know for sure how your motor is reacting to a specific battery/ESC/Prop combination unless you use a watt meter.Use of a watt meter with the actual power system under load is the best method to match a motor/ESC/and prop. The goal is to not draw more amps than the ESC and battery can deliver, and, not melt the motor!!

Here is an example of an inexpensive Watt meter ($20): http://www.hobbyking.com/hobbyking/store/_34137__HobbyKing_HK_010_Wattmeter_Voltage_Analyzer_US_Warehouse.html

You can learn a lot about how the motor, ESC, and prop work together by playing with a software program designed to theoretically calculate the key values of a power system. This software can also help determine what the calculated speed would be. Which is another important factor in keeping the frame in the air. The software can also calculate full throttle flight time. What’s nice about software like this, it doesn’t destroy any parts to experiment!

It is well worth your time to check out this free online calculator:
http://brantuas.com/ezcalc/dma1.asp (Free online app)

MotoCalc has been around a long time and is a great product.
http://www.motocalc.com/ ($39) (30 day free trial)

Keep it all running cool, and you’ll have a great summer flying

I would like to thank Mr.Beecher and Mr. Sanders for an article that was informative, precise, and quite accurate. Kudos Gentlemen! 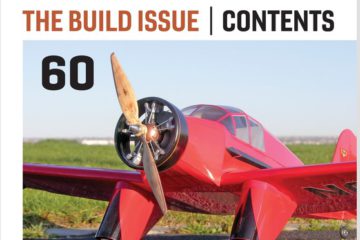 In case you missed it, October is AMA’s “Build Month”. The AMA is promoting this in the latest “Model Aviation” magainze (dubbed “The Build Issue”) as well as offering a 20% discount on plans at Read more…

Which Transmitter Should I Buy?

Submitted by Dave Beecher There are many transmitters (radios) and airplanes available today to choose from! From the basic simple stuff to advanced extraordinarily capable. There are even radios that will “talk” to you. Often Read more…